On the 5th of October we had our second day off in a row, we were all super excited because we were being taken on a ‘carbon offset project’. The idea of the project is to try and offset some of our carbon footprint and to ‘give back’ to the forest. We were going to be taken into a part of the jungle that had previously been used for a palm oil plantation and each of us were to plant two trees, each helping to rebuild a part of the forest that had been lost to deforestation.

We were picked up from our guesthouse at 12.30 by a local guide. We were then driven for about an hour to a nearby house along the river. The drive itself was really good, you drive past huge stretches of palm oil plantations – it really is a sight to see. Miles and miles of palm trees line both sides of the motor way for as far as you can see, the plantations are so thick with palm trees, it’s incredible.
The houses that we passed are also amazing, they line the motor way, they are made of wood, usually high up on stilts (which sometimes looks like they could snap at any minute!) they are also painted really bright colours, bright pink with yellow window and door frames, they are amazing to see! Some of the houses look very run down, the wood is old and the porches out the front are rotten but nearly every house we passed had a satellite dish on the side of it!

After an hour or so of driving our car turned off the motor way and up a little dirt track (if anyone from Pret is reading this, it was just like the track to work but with more stray dogs!) we pulled up under a tree next to the river and there was a little boat ready and waiting for us! A little motor boat complete with 12 bright orange life jackets.
We got on board and off we went, it was so exciting and like nothing I’d ever done before! The view was incredible and I thought I was going to give myself whiplash from trying to look at everything! The river was really high because we’d had alot of rain the night before, we drove through the jungle, it was so peaceful but exciting at the same time. 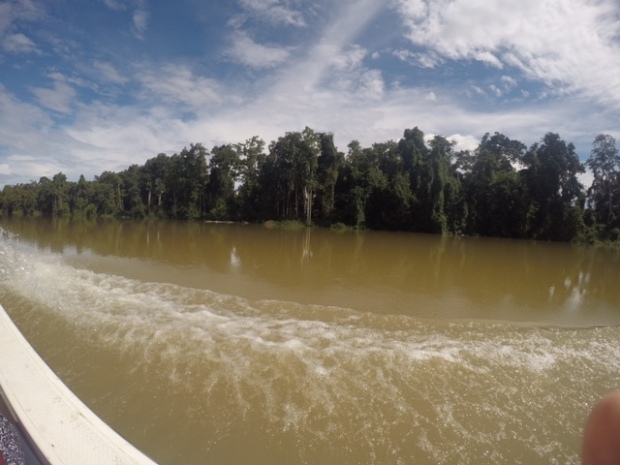 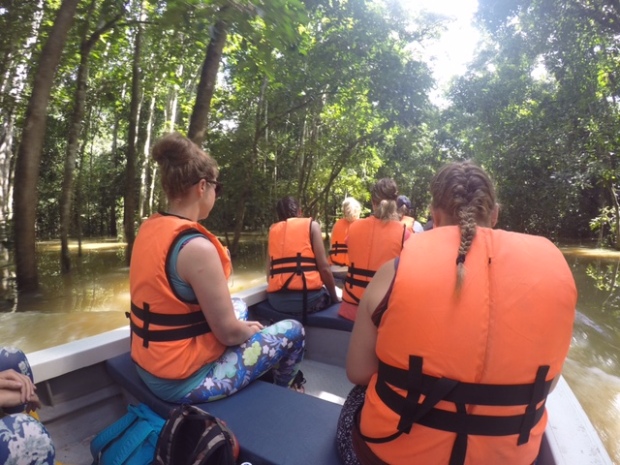 Below is one of my videos that shows us going down the river.

The wildlife along the river was amazing, we were so lucky to see some Rhino Hornbills which we were told are quite rare to see! We also saw a Probiscus monkeys leaping through the trees, it was so breath taking to see and after visiting the ones at the sanctuary in the first week it was amazing to see them in the wild! 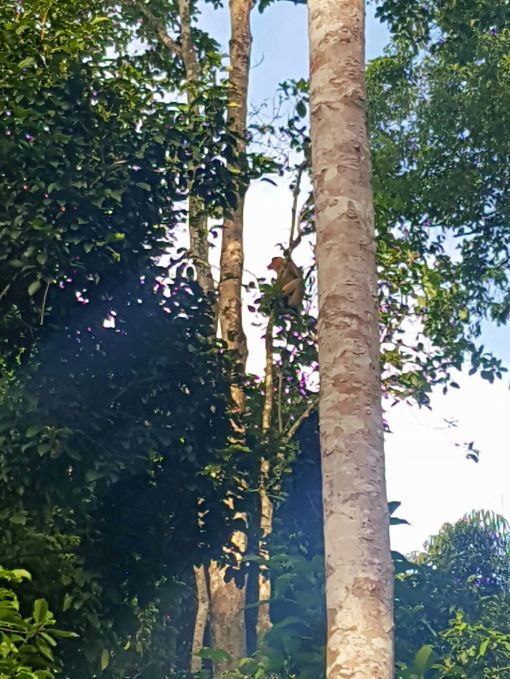 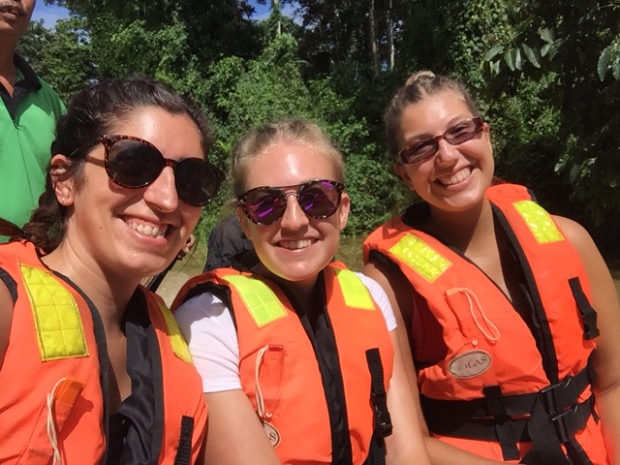 After being on the boat for about 20 minutes we could see a little hut in the distance, we pulled up along side it in the boat and were met by the family that run the Carbon Offset Project.

We were welcomed into the hut and treated to lunch (banana fritters and tea!) before we went off to plant our trees. Our guide Jeffrey told us about the history of the jungle, the project and a bit about the river. The view from the hut was truly breathtaking, I’d never seen anything like it. The river was so still and was so relaxing and calming to watch, there wasn’t anything for as far as you could see other than the river and the trees that lined it. You can actually stay at the hut as part of their project, they put sleeping bags on the floor of the hut and you sleep there, outside with an amazing view of the river!

After lunch and after our talk it was time to plant our trees, we would have usually trekked for a while until we reached the right spot but as the weather was so high from the rain the night before we didn’t have to trek (which we were pretty relieved about as it was so hot!) We all got to plant two trees each and we were so excited to see that our trees even had our name, the date and our nationality on a little plaque in front of the tree! 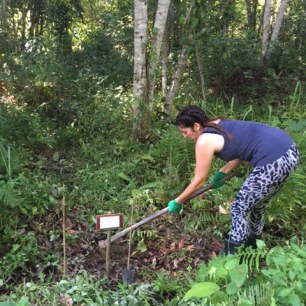 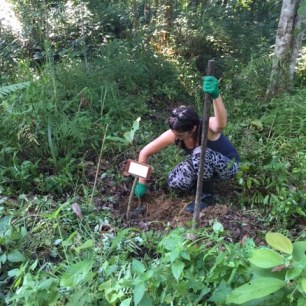 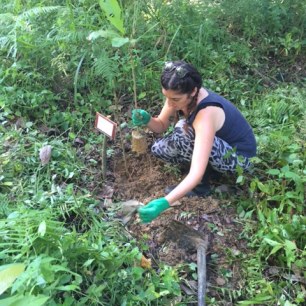 It was so hot and we got eaten alive by mosquitos (this was the day I found out that they can bite through leggings!..argh) it was such an amazing experience and one I’ll never forget. Knowing that I have two trees that I planted in the Borneo jungle, that when they are big enough will provide fruit for the local animals is a great feeling. We hear so many horrible stories about deforestation and the palm oil plantations that it was nice to know that slowly things are changing and people are giving back to the forest, I feel very lucky to have been able to give something back too and to know that my tree will stand in the Borneo jungle for hundreds of years! 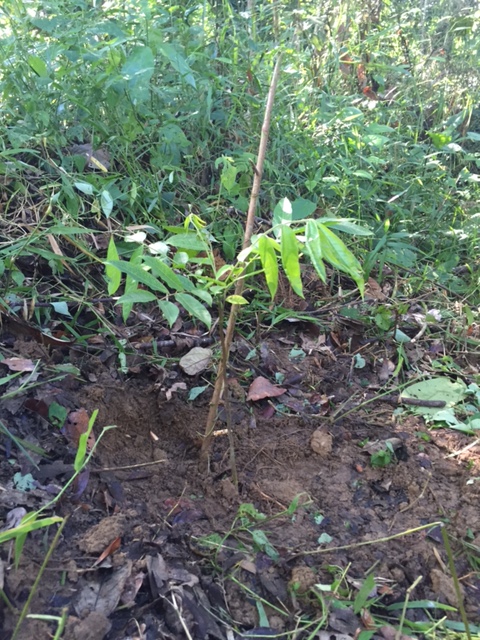 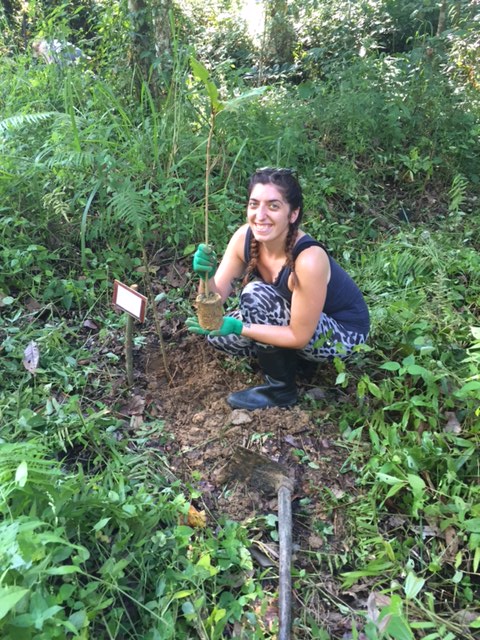 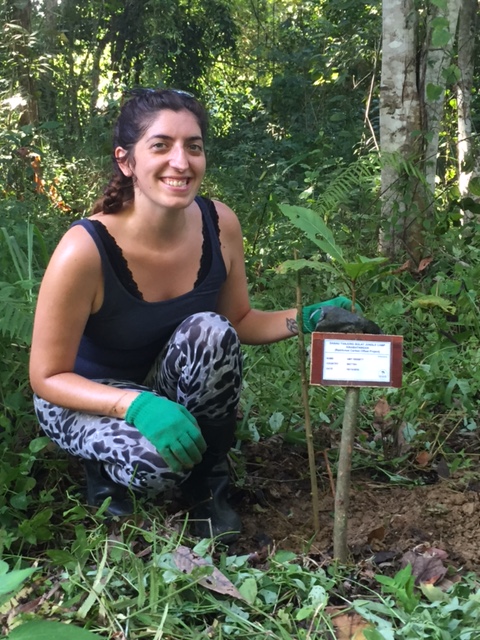 2 thoughts on “Giving back to the jungle: river cruise and ‘carbon offset project’”

If in doubt, paint your fireplace pink 💕 Inspired by @dogwoodlifestyle lovely fireplace. Also this only cost me £5 because I used little test pots from Wilkinson’s. Safe to say my style is ‘chuck it all together and hope for the best’ Swipe for before and after!
When you’ve had a hard day of doing nothing so you come home and do nothing...
Cambridge antics filled with alcohol, coats and sprained ankles - this also looks like a photo from a tv sitcom about a group of thirty something’s just trying to figure shit out.
When you get bored change your hair. Now a redhead ❤️💋
Instagram vs Reality the @standoncalling edition
Another great year @standoncalling - I bloody love this festival!
Lying on a bed with your best mate, in the VIP bar at a festival, drink in hand singing to indie classics - best times @standoncalling
I never get bored of açai bowls from @vutiebeets especially when it was 38 degrees outside! The perfect breakfast 🌿
What a beautiful day watching your two mates get married! Such a special day #hannahandjeremytietheknot
My favourite place on earth - sitting on the floor, covered in mud, surrounded by gorgeous rescued farm animals. @sugarshinefarm in Australia is home to lots of farm animals who have been rescued from the meat, dairy and egg industries. The cows you see in this video are babies who have been taken from their mothers so we can drink the milk that was intended for them. These calves are boys so are useless to the dairy industry as they can’t produce milk so are usually killed within the first few days of being born, luckily for these guys they will stay at Sugarshine until they are adopted out as pets.
Look at my cactus! A year ago this was just a single leaf 💕
All the gin was drunk, all the dance moves were made and best of all we got to see our amazing friend @bethymc456 marry the greatest guy. So happy to have been part of such a special day!
What a difference the sun and blue skies make! Photos taken on the first day and last day
When the inside of a church looks like a magic eye painting and you’re waiting to see a dolphins jump out at you.
Budapest, your architecture is beautiful but your weather isn’t.
Finally went to @purezza today and it didn’t disappoint! Amazing pizza, delicious side of mac n cheese and a lovely salted caramel martini - get yourself down there if you’re in Camden!
Follow Amy Gets Lost on WordPress.com